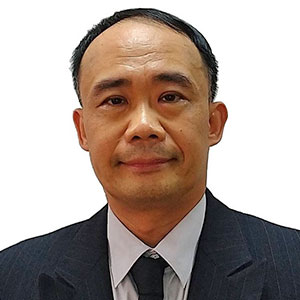 “First of all, I am glad that I have chosen this course because I am learning a lot. I noticed how my English improved thanks to the articles you send us to read. Second, I really like the way you perform the classes: formal style dressing, questions that make us think and use the theory we had read. Morcover, thanks to your encouragement and every class question, I started to take interest in current human right through the news. On the other hand, I would also like to highlight that most of us are undergraduate students.

In my opinion, the level of demand is too high in comparison with other master courses. To do a proper presentation or paper, as you ask us to do, requires a lot of time and research and I see myself overwhclmed.

Summing up, I appreciate that you teach us how to show respect through dress code, how to give presentation without visual support and that you helped us to develop our critical thinking. In my opinion, this will help us in our future, either as students or as workers. I would also be grateful if you slightly reduce your exigence in presentations and papers. That would help us to dcal with all the other courses we also have.”

Over the course of the next 18 weeks, we shall grapple with this issue of how to formulate and think about “democracy.” In particular, we shall pay attention to the linkage between democratic theory and social justice; for example, how the phenomenon called globalization and its force impacts – or not – democratic principles and practices, especially as relates to the question of whether there is a right for everyone to democracy, whether justice is served by the force of globalization. Contemporary notions of human rights came of age in the second half of the twentieth century, since the 1948 United Nations Universal Declaration of Human Rights. But the talk of what we now call civil and political human rights predates the twentieth century. So how should we think about a human right to democracy? Where should the discussion begin? Where should it end? Is it possible that the discourse promulgating a human right to democracy can serve social justice? What is justice? Why social justice? Why not individual, international justice?
Introduction: Most people have taken the value of democracy as an article of faith. Throughout the world, the mantle of democracy has been claimed by governments of all sorts, even governments that are anything but democratic by common standards have felt the need to label themselves “democratic.” (Think of the official name of North Korea.) But this popularity of democracy as value, institution, policy, and buzzword was not always so. Indeed, in the history of humanity, save for the brief periods of Athenian democracy, city-states of the Italian Renaissance, the American democracy, the French republic, and the Weimar republic, until the end of World War II, and even then, one might argue, until late 1980s, most men, women and children on the face of this planet lived under the yoke of authoritarianism, or despotism, or absolutism. Democracy was hardly popular at all.
Democracy is a complex concept, a complicated idea. There is more than one way to spell out, interpret, and define this term “democracy”; no consensus exists on its meanings. To be sure, literally, democracy means the “rule by the people.” But who belongs to this prestigious, honorific body called “the “people”? Who counts as members of the people? Further, who among the people has a say in the ruling, governing of the government, city, state, polity, and the world? In accordance with received views, a political regime can claim the mantle of democracy once some part of the population is enfranchised and protected with some rights. For example, most notably, ancient Greece is thought to be the cradle of democracy because adult Greek males could participate in the running of the city-state’s affairs, although an estimate of up to 90% of the population was excluded from participation. The United States considered itself a democracy at its birth; however, slavery existed and descendants of former slaves lived under segregation (“separate but equal”) until the second half of the twentieth century and women could not vote until the 19th Amendment was passed in 1919. Today, no woman has ever attained the office of the U.S. presidency.