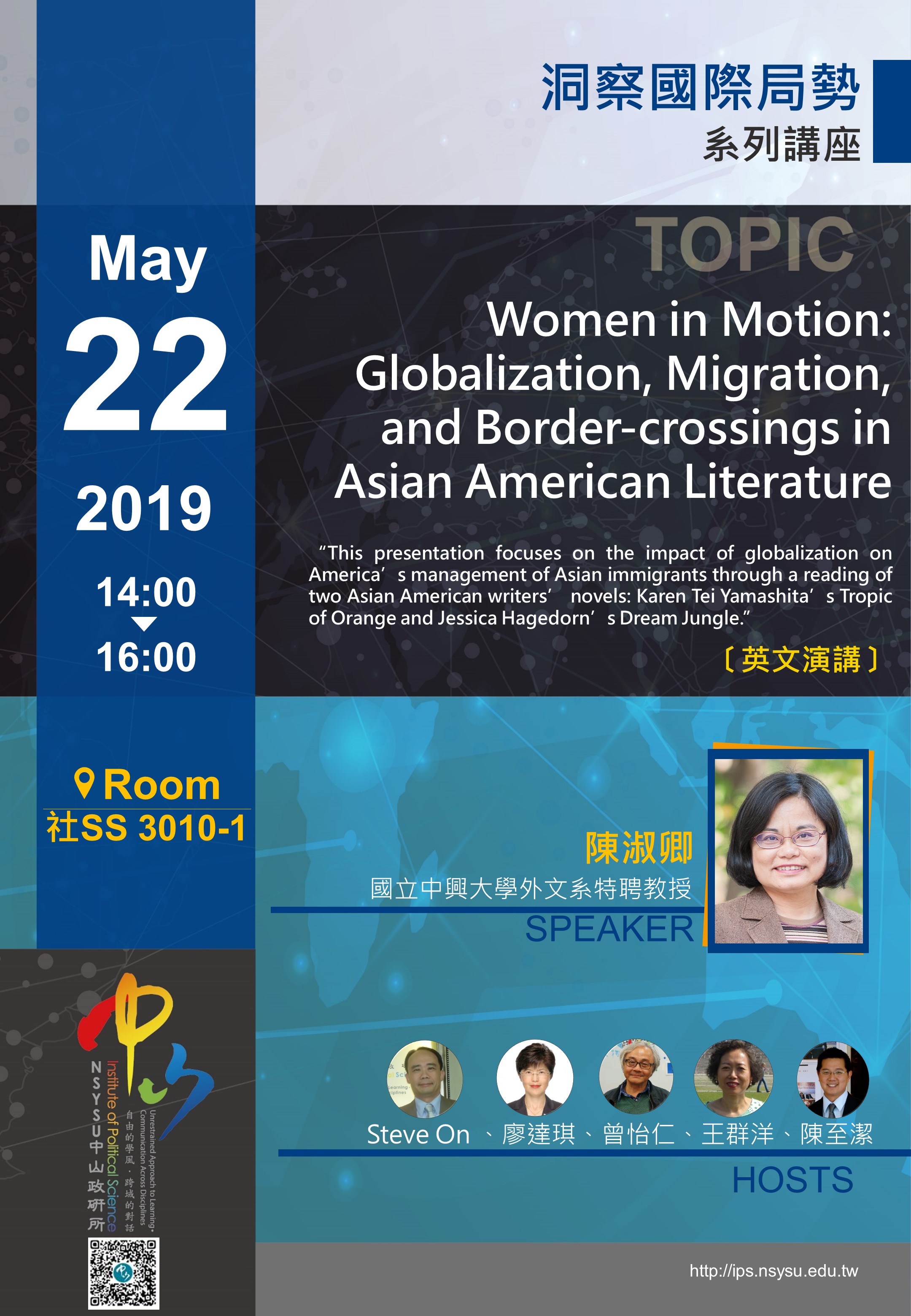 Globalization is known to be propelled by transnational cultural flows such as capital, population, technology, media, ideas, etc., which transcend nation and create a borderless world without centers. Energized by global capitalism, this new practice enables a different form of power working alongside with the state power. Historically, the regulation of Asian American immigrants has been implemented through laws by ways of exclusion or enclosure. Each of the laws responded to specific economic and political conditions at the time, seeking to protect the rights of the white mainstream population, and the benefit of the nation as a whole. In the wake of the passing of 1963 immigrant laws, the state seemed to relent its tight control over the population of Asian immigrants. But the rise of globalization complicates the way in which Asian immigrants have since been governed.

In this talk, I will examine the impact of globalization on America’s management of Asian immigrants through reading two Asian American writers’ novels—Karen Tei Yamashita’s Tropic of Orange, Jessica Hagedorn’s Dream Jungle. The former addresses the new borders created by the imminent power of biopolitics, rendering it difficult for the ethnic subjects to escape the control of racist ideology and deprivation enhanced by the logic of consumerism in globalization. The latter explores the problematics of a well-meaning project of critique of America’s domination in Asia and the lingering effect of American imperialism in the era of global capitalism. The two novels take two ethnic women as cases in point to investigate the significance of mobility and imagine practices of border-crossing that might challenge the exploitative nature of global capitalism and expose biopolitics’ continuing threats to ethnicity.